Observations From The Back Row

Ever been in car, just coasting along and then BAM! A tire blows. You’re forced to pull over. If you’ve got a spare, you can replace the blown tire and get on your way. But if you don’t for some weird reason have a spare or you just have no earthly clue how to change a tire, (that would be me), then you’ve got to wait. 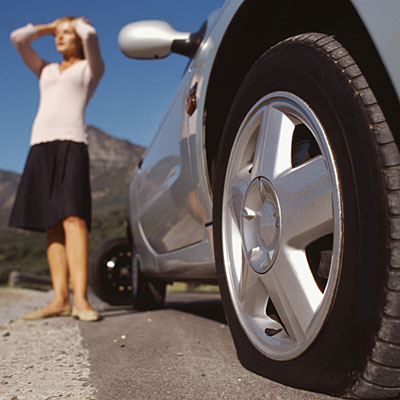 You’re forced to pull over.

It happens so quick sometimes. The abrupt slamming of brakes, stopping and knowing there’s no place else to go. And you’re kind of mad because you had that day all planned out and now it’s ruined and you’re thrown off your schedule and . . . yeah.

I’ve been forced to pull over a few times. Coasting along, tunes blaring, doing it all my way, road clear ahead and it’s all so good, except it’s not. And He knows it. So I get pulled over and we have these chats, God and I, and usually I sulk and yell some, but I come around eventually because you know . . . you can’t exactly argue with God and win.

These days I drive slow because I almost see it coming. There’s a bend in the road ahead. I’ve sensed it for a while now, in this waiting, this wondering. And in the silence of it all, there’s been an equipping. A time of preparation.

And I have the distinct impression of being called out.

And you know I just want to keep on driving. Drive that broken rubber right down to rim and watch the sparks fly. But I know where that gets me. 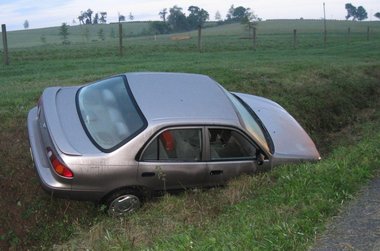 The ditch is no fun. Ask me how I know.

Things really came into focus recently. I got slammed again. Faced with feelings I thought I was doing pretty well with. Well, doing a good job of ignoring them anyway. You know, those ones that show up when life just hurls crap and you have to deal . . . anger, frustration and sadness, disbelief. The kinds of feelings that make you want to pull out your voodoo doll and . . . okay . . . nobody panic, I don’t actually have a voodoo doll.

I know I’m supposed to relax and let God take care of this stuff. But I’ve already asked Him if I can come along and watch when He does. Probs not, but it was worth a shot. Oh, I know. I’m wretched. When somebody hurts me, when somebody hurts people I love? And I can’t do anything about it and the worst of it all is they’re getting away with it . . . I loathe injustice.

But so does God. 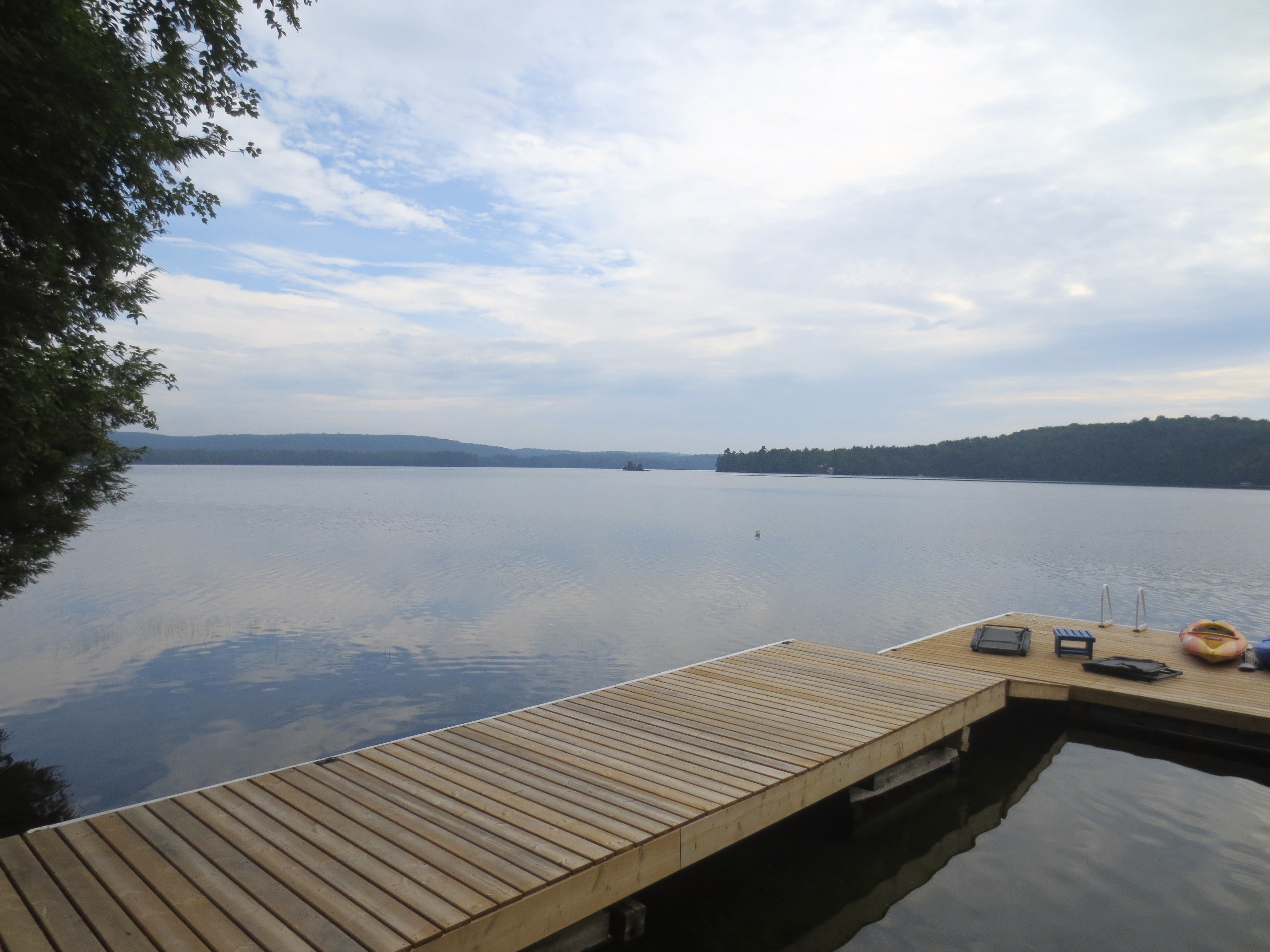 So I’m sitting on the side of the road again.

Processing. Wondering where forgiveness is and when I’ll find it, and really, I’m just a bit player in all this. It shouldn’t matter this much, yet it does. So I search for wisdom. I go back to those who appear to have it all together. I listen, read and watch when I know all I really need to do is pray. But that’s so hard some days.

So I’ve just been watching.

Living on a tiny island gives one an interesting vantage point. For years I’ve watched the North American church. Envied it. Probably coveted it a little. Always wanting what we never seemed to have. And now I wonder would we ever really have belonged there? If we lived someplace else, would we belong to one of those mega-churches with thousands of people, and life groups and programs a plenty . . . I don’t know. I’ve always been more of a back row kind of gal.

And as I sit here on the side of the road, I’m trying to figure out why. 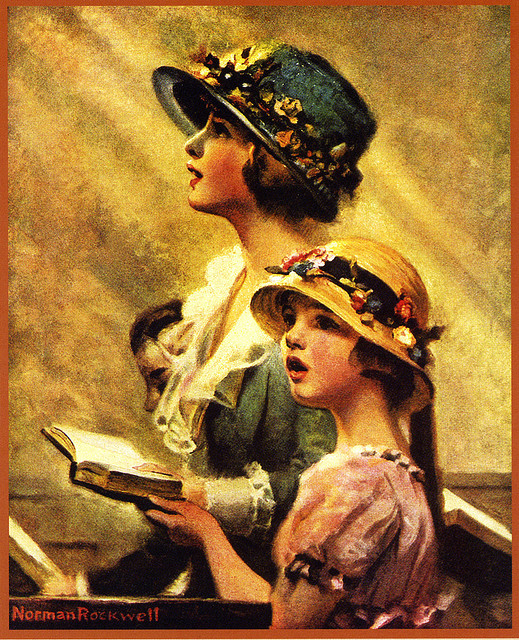 I was introduced to religion before it was a bad word. Church was part of Sunday. We got dressed up, we went. We sang some hymns, said some prayers, talked to a few folk and then we went home. Nobody got crazy. It was all very organized and nobody ever thought about doing anything different. You just blended in.

For this very shy off the charts introvert, blending suits. But when I was almost 16, I went to Young Life camp. And I really met Jesus. And there was no blending in. You had to stand up that night and tell all those kids about it, a room of maybe a hundred or more people I didn’t really know. (My worst nightmare). Well, I suppose I could have sat through that meeting. Sat on my hands and told myself it was okay. God would probably still take me anyway. But I didn’t know that. I didn’t know much. So I stood.

That’s how I know it was real.

Because only God could have made me do that. I can’t imagine anything worse than drawing attention to myself. But I couldn’t deny what was happening either.

So that was my beginning.

And now, years on, I’m feeling a little tired. I’ve been through worship wars, small church politics and crazy stuff that makes you want to stay home for days. I’ve watched the evangelical evolution from afar and found it fascinating.

We don’t go to church now, we do church. There are huge gatherings with loud music and flashing lights and words I can’t really understand because they’re sung so fast but they’re up on a screen so it’s okay, and you don’t need to lug your Bible around with you anymore because it’s up on a screen too, up front or on your phone or iPad. Church speak means using words like radical and extravagant and scandalous. We gather and we send out and we do justice and mercy and love and it all looks and sounds so dang near perfect it makes me want to cry. 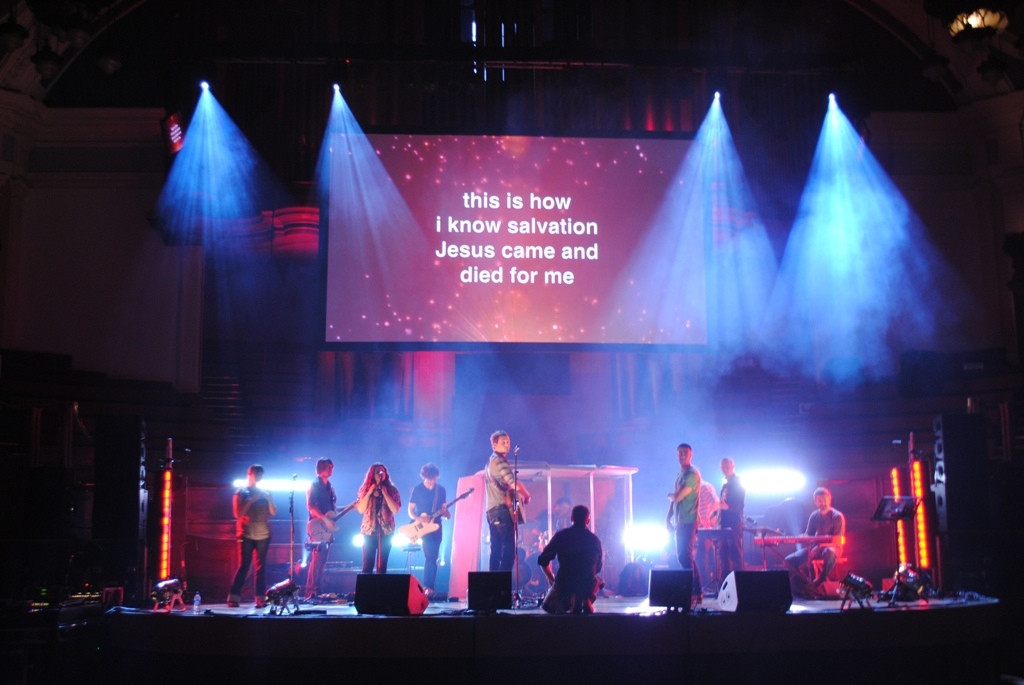 And honest? I don’t know where I’d fit in all that glorious community.

Our church is small. Our lights don’t flash except when they’re about to burn out, and sometimes someone forgets to put the words up and you have to open a book. I spent a lot of years there doing things I thought were good. Maybe I wanted to be one of those young, all put together hipster chicks I see out there today – I don’t know. Maybe I sincerely believed that all the programs and the bible studies and the worship nights and the meetings would make God show up more powerfully than if we just did life together. What if we just loved?

But I didn’t know and when it starts to feel like work, when you’re tired and feeling like you just can’t do it anymore . . .

You get pulled over.

So I sat back for a few years, and watched. And listened. And prayed. And wrote books.

Truthfully, I’m still kind of hovering near the back. Still not comfortable calling attention to myself. But I’m playing on a different field now, and stupidly perhaps, I used my real name on the cover of my book. People will know who I am.

But this is the path I chose and the path He has blessed.

So I’m waiting. Waiting for God only knows what. The scary thing is, I think He’s about to tell me. And I probably won’t like it.

But whatever it is, wherever I have to go on this new journey, I know now He’ll give me the strength and the courage to do it. And do it well.

Because out of darkness, there is light. Through pain, healing. Hopelessness creates longing. Longing creates a spark that eventually bursts into flame.

And then you know.

And even in spite of it all, you are still so, so, so loved.