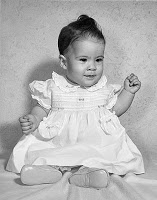 In many ways, it’s still a mystery…how I came to be. During a visit to Ellis Island’s American Family Immigration History Center, I was delightfully surprised to be able to locate and obtain an authentic copy of the ship manifest page from the ship, Princess Irene, which brought my maternal birth grandparents, Olympio and Vincenza from their home in Scontrone, Italy, through the port of departure in Naples to Ellis Island on August 30, 1906. Just seeing their two names listed one underneath the other on the ship manifest page gave the mystery such a tangible basis in reality. She was only 16 years old, he was just 24, and they were on their way to live with cousins in Chicago. What compels a 16 year old girl to board a ship in Italy, facing days on the ocean in most likely uncomfortable, even dangerous, conditions for a destination yet unknown to her? Somehow she and her fiancé, Olympio, were so motivated to start a new life in a new country that they left their home in Scontrone, Italy, and traveled to New York City, eventually settling in Chicago. They married and had a daughter, Lydia, in 1911. 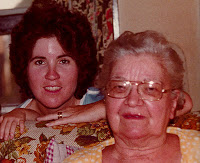 Lydia explained to me the circumstances of my conception, birth, and adoption. During a Memorial Day holiday get-away weekend with a gentleman in 1952, Lydia, at age 41, became pregnant with me. When she realized she was pregnant, she told the gentleman with whom she had spent the weekend and he was unwilling to help her. Her mother, Vincenza, did not want her daughter, a single mother at age 41, to disgrace her family with an illegitimate child, so Lydia left Chicago to live with a relative in Miami, Florida. In October, around the time of Columbus Day, she went to a back-alley abortionist to abort me, but when the abortionist examined her and realized she was over four months pregnant, he told her the abortion might kill her, and he refused to do it. 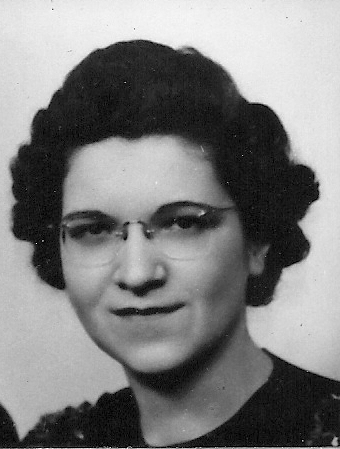 Lydia made arrangements with the Salvation Army hospital in Jacksonville to give me up for adoption. On Friday the 13th she gave birth to me, and signed the papers giving me up for adoption on Valentine’s Day 1953. I was adopted by loving Christian parents. I grew up in church, active in Sunday School and missions organizations. I prayed to receive Jesus Christ as my Lord and Savior at a young age. I am married with two adult children and one grandson. I have a master’s degree in education and after serving in various teaching and supervisory positions, I was selected as the state consultant for gifted education programs by the Florida Department of Education in Tallahassee, and other leadership roles.

I believe there are no “accidents” and every conception and every birth is part of God’s sovereign plan, that nothing comes into my life that is not filtered through God’s hands of love. I believe God planned who my birth parents would be and who my Mom and Dad would be, and both influences, plus His, are needed to help me become all that He created me to be. I believe that God sees the end from the beginning. He knows me intimately, He knit me together in my mother’s womb, one day I will see Him face-to-face and I will know as I am known. I didn’t bring myself into this world, and I can’t take myself into heaven. I ask God to make me sensitive to the reality that He is in control, and that He is using my adoption journey to conform me to the image of His Son. I train my mind to acknowledge God’s hand in whatever it is I’m living with. I practice words like, “I don’t know,” “I will trust,” “I can’t explain,” “I release it all,” because God is sovereign. He is the beginning, He will be the ending, and in between, by His grace, He lets us be part of His perfect plan, for His glory and for our good. In the meantime, I will expect a mystery, as Catherine Marshall prayed, “Lord, I trust You…You know what You’re doing…I relinquish my will to Yours.”

Beth Willis Miller, M.Ed., is a member of the Advanced Writers and Speakers Association. Beth’s expertise as a creative and critical thinking specialist is steeped in years of experience as a writer, presenter, and educator. She is married and has two young adult children and one grandson. Beth and her husband, Jack, reside in Lakeland, Florida.