If I start talking about this amazing author, I won’t be able to stop. I’m sure most of you reading this have read at least ONE of Deb’s wonderful novels. I remember reading A Vow To Cherish many years ago, and thought, wow, so this is what this Christian fiction stuff is all about. I can do that. I want to do that. And so began a very long journey to my becoming a writer, and finally seeing my work in print. Deb’s been such an inspiration to me in so many ways, especially as an encourager as I ventured forth to write Yesterday’s Tomorrow. I definitely credit her in large part for that book finally finding a publishing home, because she kept telling me not to give up on it!

With her involvement in ACFW and the way she mentors other writers, Deb is truly a shining example to all of us as she gives back to our writing community. And yes, if you haven’t met her in person yet, she really IS as sweet as she looks!

I’m absolutely thrilled to have her on the blog today, and I hope you enjoy her visit as much as I will! 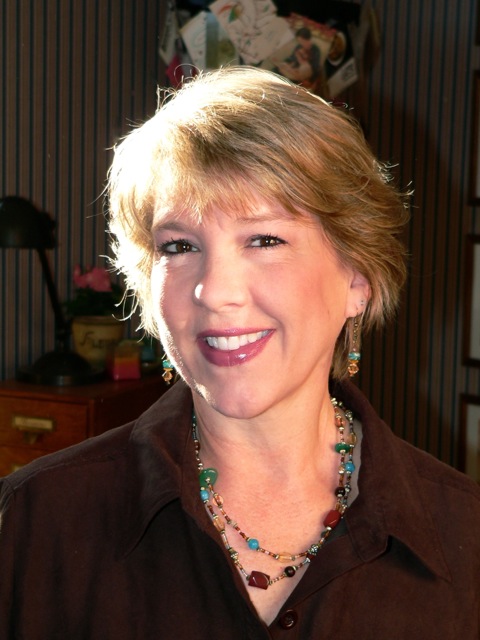 Who Are You?
In this order, I am: a child of God, a wife, a mom, “Mimi” to four precious grandchildren, a daughter, sister, aunt, and friend. And I am a full-time novelist. I also love to teach writing and mentor new writers at conferences from California to North Carolina. It seems odd to list “novelist” at the end of that long string of titles, especially when sometimes the hours I spend writing are so much greater than the time I get to spend in those other, vastly-more-important roles. But I hope I always treasure people above things. The truth is, I love every one of the roles God has given me, and have found immense blessing in each one. My dream as a young girl was to be a stay-at-home mom (I wanted a dozen children, but when we got to 4, it seemed like 12 and I am perfectly content with our two sons, two daughters, and the four grandchildren (so far) who have blessed our lives.
Where Are You Now?
My husband Ken and I live in the beautiful, bountiful, friendly state of Kansas, and every chance I get, I spend time in the lovely prairie garden Ken has created
in our backyard. This is my favorite view of the garden from the back deck 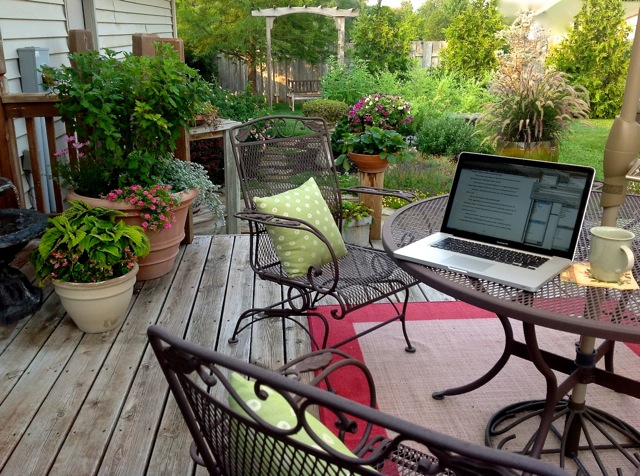 (For more photos, check out my garden blog: www.kansasprairiegarden.blogspot.com.)
Where Are You Going?
I hope I’m always only going exactly where God directs me to go. Three and-a-half years ago, my husband was laid off from his job after twenty-five loyal years with the same company. Since that frightening day, we have learned so much about following God one step, one day at a time. I’ve always been a person who liked to have her ducks in a row and a neat check-list to follow each day. But I’m learning that God doesn’t necessarily work that way, and what a HUGE adventure it has been to toss our lists and dreams and goals aside for a season, and just run with Him. Though there have been some rough patches, we have both recently decided that the layoff was the best thing that could have happened to us at this time in our lives. Our trust in God has grown in amazing ways, and He has provided every single one of our needs (which are a LOT less than we might have thought <g>). He’s also provided many, many things that we now realize are luxuries and blessings from His hand. And though we are technically poorer than we’ve been in many years, we are richer in so many––far more important––ways.
DEBORAH RANEY’s first novel, A Vow to Cherish, inspired the World Wide Pictures film of the same title and launched her writing career after 20 happy years as a stay-at-home mom. Her books have won numerous awards including the RITA, the Carol Award, National Readers Choice Award, HOLT Medallion, and have twice been Christy Award finalists. Deb’s newest novel released from Howard/Simon & Schuster in May. She and her husband, Ken Raney, enjoy the wildflowers and native grasses in the Kansas prairie garden in their backyard. They also love traveling together to teach at conferences, and to visit four children and four small grandchildren who all live much too far away. Visit Deb on the Web at www.deborahraney.com. 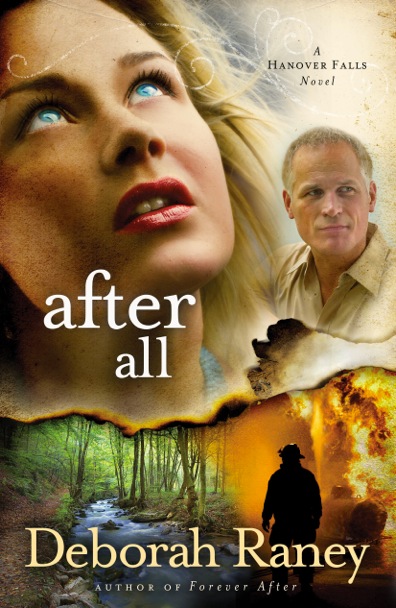 AFTER ALL (Book 3 in the Hanover Falls Novels series from Howard/Simon & Schuster) Eighteen months after the tragic Grove Street Fire took the life of her husband, David, and four other heroic firefighters, Susan Marlowe thinks she’s finally beginning to heal. But then she discovers that David carried a secret to his grave. A secret that changes everything she thought their marriage had been. For the sake of their sons, can Susan forgive the unforgivable?Andrea Morley lost her closest friend in the fire. But she has no right to mourn him. Instead, she must forever grieve in silence—because her dearest friend was someone else’s husband. Peter Brennan carries the weight of the world on his shoulders. As Hanover Falls’ fire chief, he was responsible for the brave firefighters who lost their lives that awful November night. Can he ever shake the feeling that he should have somehow prevented the tragedy? As he tries to rebuild the team at Clemens County’s Station 2, it seems he might find comfort in the arms of the woman he least expected. 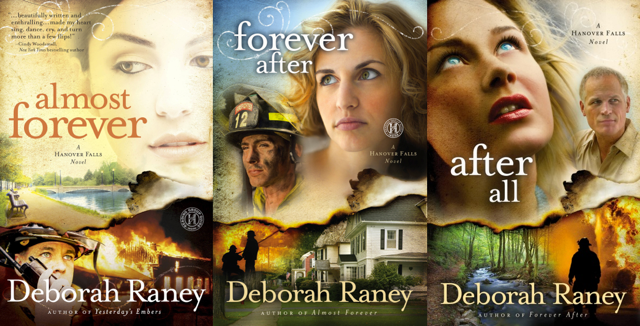