Under Water They Can't Hear You Scream

It’s Monday and I need a break. SO Lets Play A GAME! 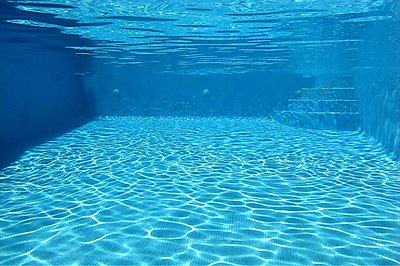 The door to the office clicks shut behind me. I’m sweating already, and it’s pretty cool in here. The hum of the old air-conditioner in the window tells me I’ll be glad I wore my hoodie soon, but right now I’m in panic-attack mode. But there’s nowhere to run.

“Have a seat.” The lines around his eyes deepen when he smiles, crinkles that match the ones on his stained shirt. Coffee probably. Good luck getting that sucker out. He loosens his tie and tries to look comfortable so I might feel the same.

And it’s so not working.

But I sit anyway, knowing the faster I do, the faster I start talking and he starts taking notes, the faster I can get out of here. Because that’s all I want to do, really. Get out.

I challenge him to a staring match. He’s pretty old, but maybe not. Some dudes get gray pretty early on. Like my dad. I remember him sitting on the edge of my bed one night, the night I’d come to call The Worst Night Ever, followed by The Worst Day . . . I counted the little gray hairs just starting to creep up the sides of his face. I would have teased him about it, but he got so serious, got that awful sad look, that I knew it wasn’t the time. And somehow, even though I was only seven, I knew what was coming. So when he chucked all his stuff in his car and drove off the next day, I was supposed to be okay with it.

“Do you want to tell me what you’re thinking?” Doctor Doofus studies me with quiet interest. I’m pretty sure his last name isn’t Doofus, but I can’t remember what it is, so that’ll do.

A pick at a hole in my jeans and put on my best smile. “I’d love to. How much time do we have?”

“As much time as you like, but technically, one hour.”

And that makes sense how? I grin. It catches me off guard. Him too. And he actually looks pretty pleased with himself. Then I sigh and get it over with. I tell him the first thing that comes to mind.

“When I was little, my friend had a pool. I’d go over a lot, because it was better than being at home. And we’d play this game. We’d hold our breath and sink to the bottom and stay down there as long as we could. Sometimes we’d say things to each other or just yell. But you could never really hear each other, you know?”

“Mmm.” He nods and I press back against the chair, hoping he’s not going to launch into some physics lesson about sound waves and crap. But he doesn’t. Instead, he writes a couple lines on a big yellow notepad, nods again and looks at me through the dirty lenses of silver rimmed spectacles. “Did you like being under water?”

“I don’t know.” But I do know. I know how it felt to jump off the hot ledge of the pool, sticky from sunscreen and sweat. I know how good that first splash of cold felt against my skin. How I knew that down here, nobody could touch me. And if I cried, nobody would know. “Sometimes it feels like I’m still underwater.”

I let out my breath slow, thinking about it. “Because there’s a part of it, being down there, that’s scary. Because what if you forget to breath or choke or you can’t get back up to the surface . . . I didn’t like that part of it. And you know . . . how you don’t know what anybody’s saying? When you’re under water no-one can hear you scream.”

Okay. Wanna play? What are your thoughts after reading?

I’m not sure there are any right or wrong answers here, but it’ll be fun to compare thoughts.