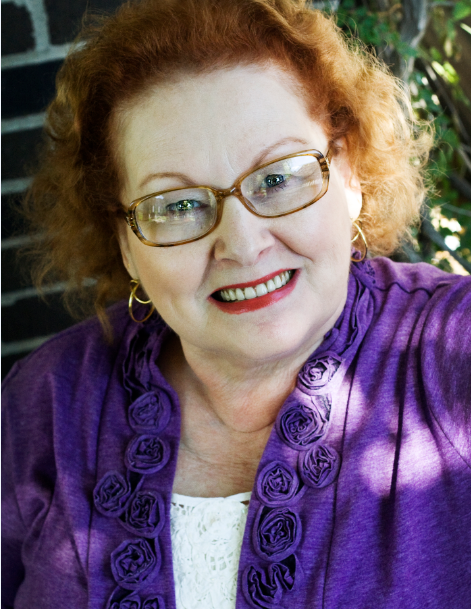 Meeting and chatting with Lena for the first time is like reuniting with an old friend. Seriously. She makes you feel like you’ve known each other forever! And her writing is pretty amazing too, so if you don’t yet know this wonderful author, hang out a while and then go check out her books! It is my pleasure to have Lena with us today!

First and foremost, I’m a follower of Jesus Christ. I don’t think I could live without Him in my life. Everything that comes into my life comes through Him, and I praise Him for walking with me through the highs and lows, never leaving my side.

Then I’ve been the wife of the love of my life for almost 48 years. So I’m also a mother of two daughters and two sons-in-law, the grandmother of two grandsons, two granddaughters, and now one grandson-in-law, and the great grandmother of a very bright almost 5 year old.

And lastly, I write novels. This is what God created me to be at this season in my life. I praise Him for it.

Most of my family live near us in the Dallas-Fort Worth Metroplex—all except my Army grandson, who is serving in South Korea right now.

I’ve finished writing book three of my McKenna’s Daughters series, published by Realms, the fiction line from Charisma Media. Book two of the series just released. We’re featuring it here. The last book will release in January. Right now, I’m writing book one of my Restored Hearts series for Realms.

In addition to being active in my church, I’m also actively involved in American Christian Fiction Writers. Sometimes I speak to writing groups or women’s groups.

I’m as anxious as you to see where God is going to take me next. 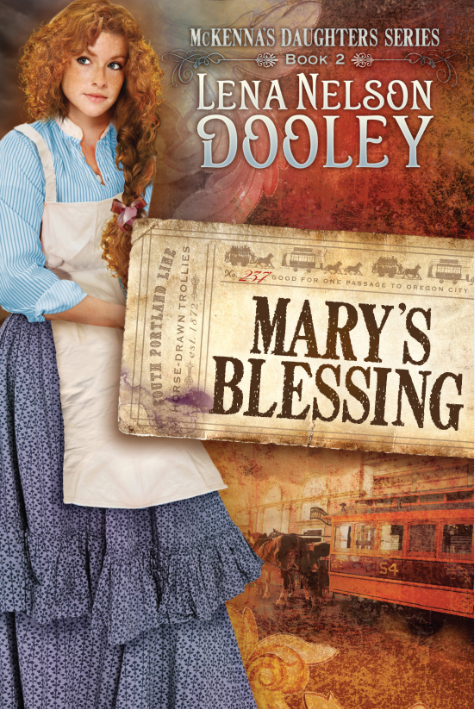 When her mother dies, Mary Lenora must grow up quickly to take care of her brothers and sisters. Can love help her to shoulder the burden?

Mary Lenora Murray knows she is adopted. As she was growing up, her mother called her “God’s blessing.” But now that she’s gone, Mary no longer feels like any kind of blessing. Her father, in his grief, has cut himself off from the family, leaving the running of the home entirely in Mary’s hands.

As she nears her eighteenth birthday, Mary can’t see anything in her future but drudgery. Then her childhood friend Daniel begins to court her, promising her a life of riches and ease. But her fairy-tale dreams turn to dust when her family becomes too much for Daniel, and he abandons her in her time of deepest need.

Will Daniel come to grips with God’s plan for him? And if he does return, can Mary trust that this time he will really follow through?

Award-winning author, Lena Nelson Dooley, has more than 690,000 books in print. She is a member of American Christian Fiction Writers http://www.acfw.com/ and the local chapter, DFW Ready Writers. She’s a member of Gateway Church in Southlake, Texas.

Lena loves James, her children, grandchildren, and great grandson. She loves chocolate, cherries, chocolate-covered cherries, and spending time with friends. Travel is always on her horizon. Cruising, Galveston, the Ozark Mountains of Arkansas, Mexico. One day it will be Hawaii and Australia, but probably not the same year. Helping other authors become published really floats her boat, with eighteen signing their first book contract after her mentoring. Three of her books have been awarded the Carol Award silver pins from American Christian Fiction Writers, and she has received the ACFW Mentor of the Year award at their national conference. The high point of her day is receiving feedback from her readers, especially people whose lives have been changed by her books.

Her 2010 release was Love Finds You in Golden, New Mexico, from Summerside Press which recently won the Will Rogers Medallion Award for excellence in publishing Western literature for fiction. Lena is currently under two 3-book contracts with Charisma House/Realms. The first book released in October 2011. Maggie’s Journey appeared on a reviewers Top Books of 2011 list. It also won the 2012 Selah award for historical fiction. The second is Mary’s Blessing, which released in May 2012. Catherine’s Pursuit is coming in January 2013.

In addition to her writing, Lena is a frequent speaker at women’s groups, writers groups, and at both regional and national conferences. She has spoken in six states and internationally. She is also one of the co-hosts of the Gate Beautiful blog radio show.

Lena has an active web presence on Shoutlife, Facebook, Twitter, Goodreads, Linkedin and with her internationally connected blog where she interviews other authors and promotes their books.