I’m thrilled to have best-selling author Elizabeth Musser with us today! I read The Swan House  a while ago, and was completely captivated by Elizabeth’s writing. If you haven’t yet read any of Elizabeth’s books, you’re in for a treat! Let’s learn a little more about her today…

Bonjour!  I’m Elizabeth Musser, a Southern girl from Atlanta, Georgia who has lived almost half of my life in France.  I’m a novelist, a missionary, a wife and mother and even soon-to-be grandmother!  I consider it a delightful privilege to have two vocations—writing and missions—and to watch the Lord intersect these ministries time and again.  I’m married to Paul, the love of my life, and I’ve been writing ever since I was six years old when I penned this poem (and many others in a similar vein):

I have a little pony

I ride him all around

But when I take him over jumps

He throws me on the ground!

At this precise moment, I am sitting at my desk inside my little ‘writing chalet’—the tool shed in our front yard where I write.  We live on the northern outskirts of Lyon, France, in a little village of 1000 people.  One of my favorite activities is taking a daily walk by the Saône River, right across the street.  On those walks, if I’m alone, I’m usually talking with the Lord or dreaming up a scene for one of my novels; if I’m walking with someone, we are probably talking about our faith journeys and the challenges of living a Christ-filled life in a very secular society.

All over the world!  Literally!  Paul and I have been working in French churches for over 20 years, but just two years ago our mission gave us a new role as Pastors to Members, that is, we offer ‘soul care’ to our colleagues throughout Europe.  So we travel quite a bit.  I’m still figuring out how to write ‘on the go’.  Never a dull moment with our Lord!

I’m also thrilled to be going ‘back’ in time to the first novels I wrote back in the 1990s, Two Crosses, Two Testaments and Two Destinies.  The Secret of the Cross trilogy is historical fiction, taking place in the south of France and in Algeria, and these novels have quite a history of their own, which you can read about on my website.  The wonderful news is that Two Destinies, the final book in the trilogy, is at last going to be available in English.  Written 14 years ago, it has been a best-seller in Europe.  The complete trilogy will be available in 2012—Two Crosses and Two Testaments are in bookstores now, and Two Destinies is coming in September. 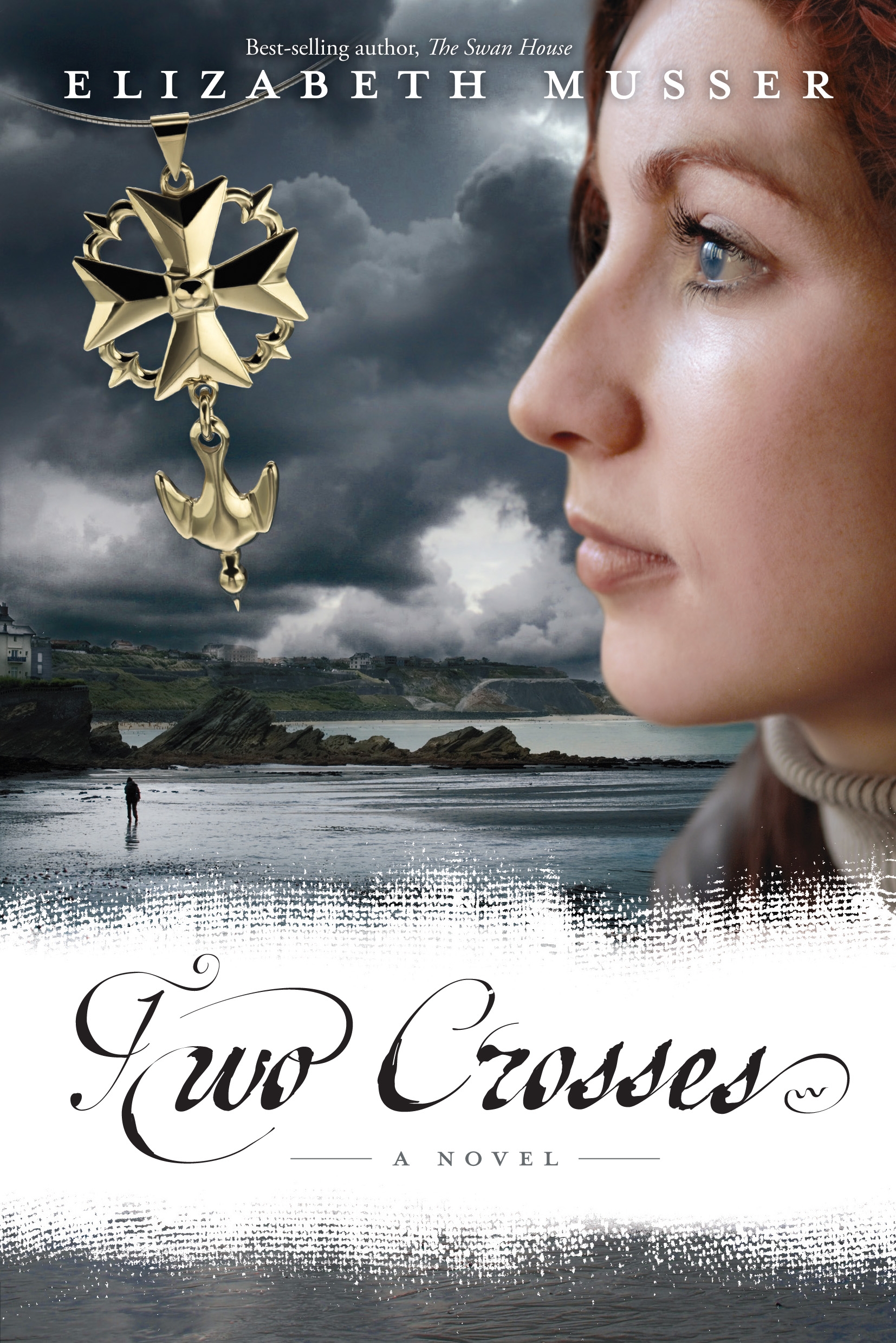 In late 1961, as Algeria’s war for independence from France is coming to a close, two crosses, symbolic of another time in history, draw together a host of characters in an unforgettable story of love and war, revenge and forgiveness.

When Gabriella Madison arrives in France in 1961 to continue her university studies, she doesn’t anticipate being drawn into the secretive world behind the Algerian war for independence from France. The further she delves into the war efforts, the more her faith is challenged.

The people who surround her bring a whirlwind of transforming forces—a wise nun involved in the smuggling, a little girl carrying secret information, and a man with unknown loyalties who captures her heart. When she discovers a long hidden secret from her past, it all leads to questions about trust, faith in action, and the power of forgiveness to move beyond the pain of the past. 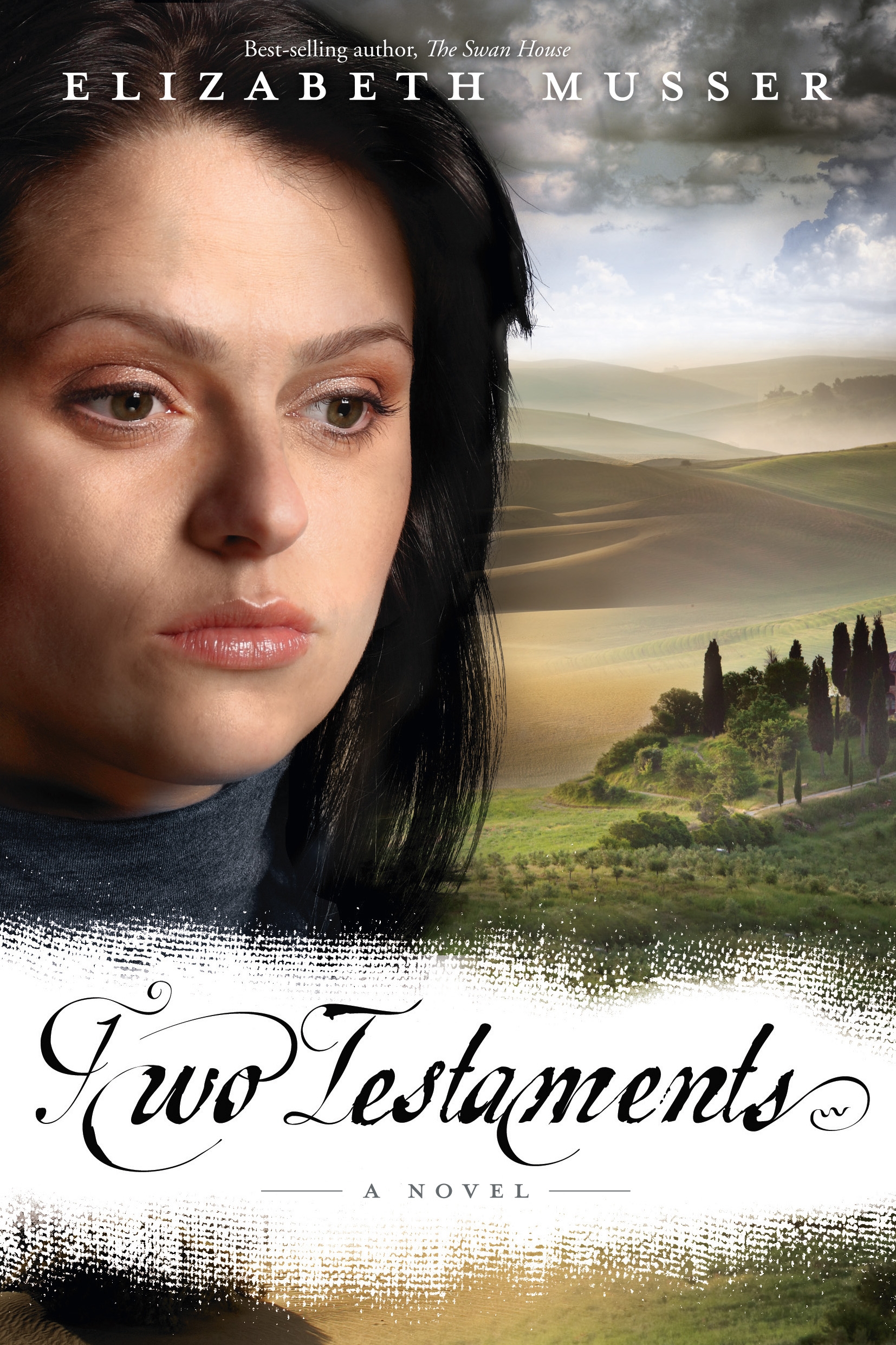 Love for war’s victims keeps them apart.  Will love for each other see them through?

The slightest spark will ignite an explosion.. The tinderbox of broken political and racial relations in France and Algeria provides plenty of kindling. In the midst of the chaos, Gabriella Madison guards the orphans in her care, while battling jealousy with Anne-Marie Duchemin, David’s former flame who has recently arrived in Castelnau, France. Even more problems arise when the townspeople start expressing their discomfort with the multi-cultural orphanage.  They want it shut down…permanently.

Meanwhile, David is trapped on the other side of the Mediterranean, caught in the turmoil of a country gone mad. He seeks a way to guard his life and, at the same time, protect the refugees he came to help.  But even if he accomplishes his mission, can he get out of Algeria alive?

Elizabeth Musser, a native of Atlanta, Georgia now living in France, is a novelist who writes what she calls ‘entertainment with a soul.’  Her novels have been acclaimed in the United States and in Europe.  The Swan House (Bethany House, c2001), set in Atlanta in the early sixties, was named as one of Amazon’s Top Christian Books of the Year (2001), was an ABA and SEBA bestseller and was recently named one of Georgia’s Top Ten Novels of the past 100 years, right behind Gone with the Wind (from Georgia Backroads, Autumn, 2009).  Her Secrets of the Cross trilogy, which takes place during Algeria’s War for Independence from France and also in present day Algeria and France, (Two Crosses, Two Testaments, Two Destinies) has been a bestseller in Europe and will be republished this year in the America (David C. Cook, 2012).  Elizabeth’s other novels The Dwelling Place, (Bethany House, c2005), Searching for Eternity (Bethany House, c2007), Words Unspoken (Bethany House, c2009), and The Sweetest Thing (Bethany House, 2011), all set in the South, continue to examine themes of brokenness and healing, faith and forgiveness, surrender and sacrifice.

Elizabeth’s books have been translated into German, French, Dutch and Norwegian.

For over 25 years, Elizabeth and her husband, Paul, have been involved in mission work with International Teams.  They presently live in Lyon, France. The Mussers have two sons, a daughter-in-law, and a fourteen-year-old mutt.

To learn more about Elizabeth and her books, please visit her website at www.elizabethmusser.com.